3373 Views
Comments Off on 30 Best Quotes on avoiding 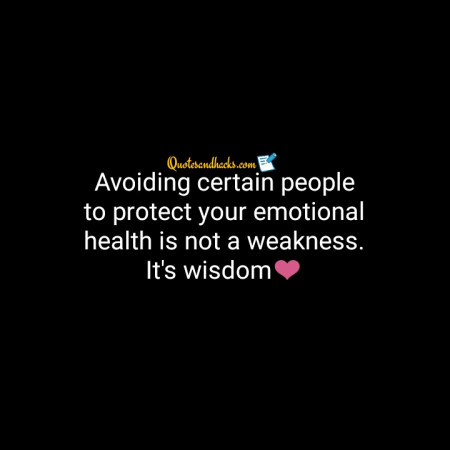 Real people avoid drama.They know their time is too precious and choose not to waste it on unimportant people.

1)Once you feel avoided by someone,never disturb them again.

2)Avoid people who have no respect for you and make you feel un comfortable no one should have to spend one minute with someone that makes you walk on egg shells.

3)Remember Don’t Avoid anyone Too much,that Too much leads to get Regret on you.

5)It’s better to avoid ourself Before being avoided.

6)There are some thoughts you can’t avoid and some feelings
you can’t deny.

7)Once you feel you are avoided,by someone,Never disturb them again because the one who thinks you are disturbing them will never know how much you care for them.

8)No one is perfect.If you avoid people for their mistakes,you will be alone in this world.So judge less and love more.

10)Avoiding failure is to avoid progress.

11)I just avoid people.When I feel they are fake.

12)Avoiding a problem doesn’t solve it.

13)Avoid people who:
1.Mess with your head.
2.Intentionally and repeatedly do
and say that they know upset you.
3.Expect you to prioritize them
but refuse to prioritize you.
4.Can’t and won’t apologise
sincerely
5.Act like the victim when
confronted with their abusive behavior.

14)A person often meets his destiny on the road he took to avoid it.

15)Avoid negative people, for they are the greatest destroyers of self confidence and self esteem.Surround yourself with people who bring out the best in you.

16)It is a sin to persue pleasure as a good and to avold pain as a evil.

17)The best way to avoid disappointment is to not expect
anything from anyone.

20)Avoiding certain people to protect your emotional health is not a weakness.It’s wisdom.

21)If you keep avoiding self-love, the world will keep sending you
people who also avoid loving you.

22)You can’t avoid pain. but you can choose to overcome it.

23)Don’t miss or avoid the person who really had a true affection on you. It may make you feel when they live without you and your memories.

24)Give yourself a break to avoid a breakdown.

25)Sometimes what you need is to avoid what you want.

26)I avoid people by distancing myself from them.

28)Judge me by the people l avoid.

29)Avoid ego When to do something possibly impossible.